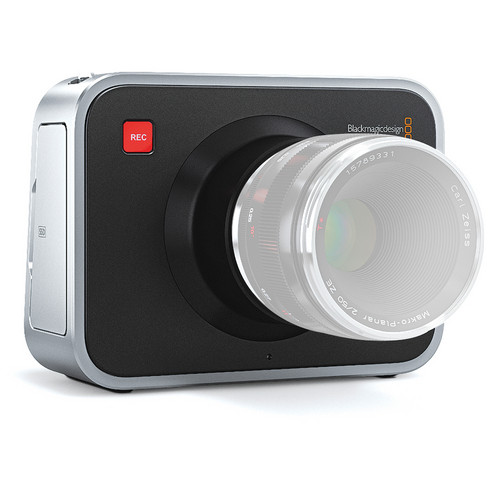 The camera is housed in an elegant, minimalist enclosure, crafted from a single block of aluminum. The Canon EF lens mount offers compatibility with Canon EF, Zeiss ZE, and other third party EF mount lenses. Footage is monitored and settings are adjusted using the large 5" rear LCD touchscreen. The touchsreen also lets you easily add metadata to your shots, such as shot number, filenames, and keywords, which can save time and money in the post-production process.

To handle the high data video output, Blackmagic includes a full version of DaVinci Resolve, its premier color correcting software for Mac and Windows. Also included is a copy of UltraScope. When connected to a computer via Thunderbolt, the software provides technically accurate waveform monitoring, displaying six live scope views on a single monitor.

Captures a super wide dynamic range of 13 stops into 12-bit DNG files for a true "filmic" look, offering more flexibility in your shooting locations. Also it preserves detail in both shadows and highlights, and even handles indoor shots while keeping the details of any images captured through windows, and allows for keeping all sensor data and enhancing the creative decisions during DaVinci Resolve color grading.

The five-inch touchscreen allows for setting up a shot, as well as playback from the SSD using the transport control buttons below the screen. You can enter shot data and update the camera's settings using the capacitive touchscreen display. Also control the camera's operating functions with a simple touch of the screen, just double tap to zoom the image for fast and accurate focus. Additionally a data strip provides you valuable information including record status, shutter angle, ISO, battery level, record time and more.

The Blackmagic also features built-in metadata entry so that files include information compatible with popular editing software. This dramatically speeds up the whole post production process, and can save a production valuable time and money. Entering metadata is easy - simply tap the capacitive LCD touchscreen to display the slate where information can be entered including shot number, search tags, scene number, Timecode, and more. You can set shot number and other data to increment automatically, allowing for quicker setups while shooting. And the Metadata is compatible with leading editing software and is fully searchable, bypassing the time consuming task of searching for specific shots when editing a project.

A Built-in SSD recorder uses low cost 2.5" SSDs and allows for 2.5K uncompressed CinemaDNG RAW 12-bit capture, as well as Apple ProRes and Avid DNxHD compressed video formats. You can play back directly from the camera, mount the disk to any computer, or use Blackmagic Design's HyperDeck Studio deck. Also with Apple ProRes and Avid DNxHD video formats, you can record for more than five hours on a single 480 GB SSD, allowing you to shoot longer and give yourself more footage to play with in the editing process. All file formats conform to open standards used by most professional NLE software, allowing for seamless integration into most post workflows. When finished shooting, simply connect the SSD to a computer and edit or color shots straight from the disc.

The Blackmagic uses only standard connections, no custom cable required, providing great versatility for most productions. Dual balanced microphone/line audio inputs for recording high quality uncompressed audio is also available. A 3 Gb/s SDI out for on set monitoring or for sending to live production switchers is provided as well. The Blackmagic includes 12 to 30 VDC input for power and battery charging, a stereo mini (3.5mm) headphone output, a LANC remote control, and high speed Thunderbolt port for computer capture. 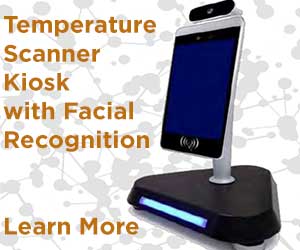